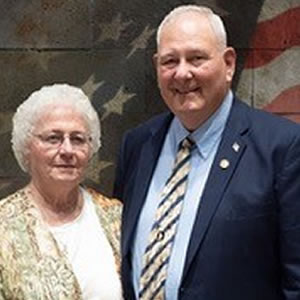 Fast forward to 1999, and we had never camped even though she camped with her family growing up and I grew up camping in Boy Scouts. She told me when we got married that her idea of camping was the Holiday Inn. We bought a used 1993 Newmar in February 1999. October 1999 we bought a new 1999, which we still own and enjoy.

June 2000, we attended the International Rally in Gillette WY. We left there as President and Secretary/Treasurer of a newly formed Chapter 72, Tennessee Volunteer Kruisers. We had 12 other Tennessee couples that were Charter Members. In the last 20 years, we have been very active in the Newmar Kountry Klub as chapter officers, and this is our second time as State Directors, 2003-2006 and 2014 to present. We have made unbelievable, wonderful close friends over these 20 years, and God willing we will enjoy the camping and fellowship for many more years.