We have just recently attended three Newmar Kountry Klub rallies which were held over a period of 17 days and 1,100 miles. The first rally we attended was the Florida State Rally in Sarasota, Florida hosted by Florida State Directors Greg & Margie Harrop. The second rally was the Tennessee State Rally in Seiverville, Tennessee hosted by the Tennessee State Directors Phil & Charlene Budd, and the third rally was in Gadsden, Alabama hosted by the Mid-South Tri State Directors Jim & Barb Watson. They were all good rallies, with a lot of good food and fun and interesting things to do. It was good to see friends that we had not seen in a year or longer and make new friends. 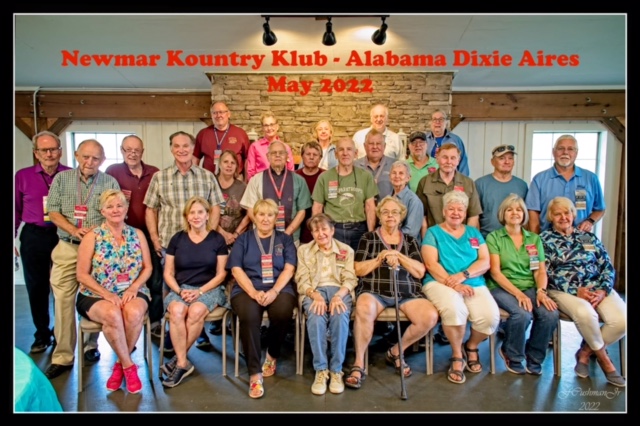 Bill & I, along with Wayne & Carole Keith, have been making plans for our rally and it is going to be a great time. The Peach State Krackers Rally will be held in Hiawassee, Georgia September 21-25 at the Bald Mountain Park Camping Resort. We will be taking a ride on the Blue Ridge Scenic Railway and spending time in McCaysville, Georgia and Copperhill, Tennessee. Also, plans are to go over to Mercier Orchards, which will be apple-picking season, and taking a free day to play golf if you are interested, seeing some of the sights in the area or just relaxing at the campground. The campground has Putt golf and pedal boat riding for a fee. Things to see and do in the area will be the 49th Annual Fall Regional Shelby/Mustang and Ford Show, Bell Mountain, Lake Chatuge, and music on the town square in Hiawassee. The rally is full, but it is still several months until the rally and there could be some cancellations. Just call me at 352-322-7717 or email me at NewmarPSK@gmail.com and ask to be put on the waiting list.

The officers of the Alabama Dixie Aires are working to put together a rally for this year. We are planning a rally for November 9-12 in the Gulf Shores area. Once a decision is made on the location, the rally will be posted on the NKK website. Go ahead and save the date on your calendar.

The Region Five Rally will be held October 23-28 at Creek Fire RV Resort in Savannah, Georgia. The rally is full, but you can call Gary Smith, Region Five Director and ask to be put on the waiting list.
Information on the rally can be found on the newmarkountryklub.com website.

If you live in Alabama, or Mississippi, or in the Florida Panhandle and would like to meet fellow Newmar Owners that live in your home state, come and join the Alabama Dixie Aires. Attending a chapter rally is an ideal way to meet people who enjoy doing the same thing you do. It is also a good way to learn from others about your motorhome. There is always good food to eat, interesting sites in the area to see and plenty of fun and fellowship. To find out more about the Alabama Dixie Aires, please email me at pres.aldixieaires@gmail.com. We are also on Facebook at Newmar Alabama Dixie Aires, but it is only for Dixie Aire members.

Safe travels and hope to see you down the road. We can be reached at pres.aldixieaires@gmail.com 352-322-7717.