As I write this update, my husband Geoff & I have made the move to Mount Olive Shores North in Polk City, Florida where we have been welcomed by many Newmar owners, and we hope to meet the rest next winter season! We said farewell to our little four-legged girl, Tilley, in Texas and now it’s just us and Don Tito.

The Manatees have had two rallies so far this year. The first rally was in late February in Wiersdale, Florida where six rigs brought 11 attendees together for a relaxing, low key get-together. The highlight of the rally was a visit to the Gypsy Gold Farm where the Gypsy horses are bred and we learned about their history in this country. By April, most of our members had completed their vaccinations and were anxious to resume a more active Rally itinerary at the Coastal Georgia RV Resort in Brunswick, Georgia. We had 13 coaches 26 people, not counting Gail & Carl Webber, The Carolina State Directors, who arrived at the Resort after the rally ended. 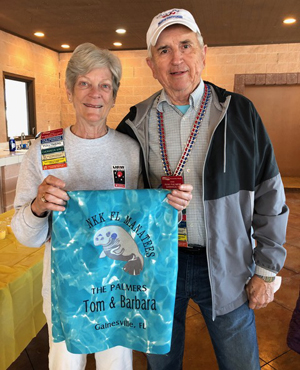 We had a great group conversation about hosting and co-hosting rallies and Anne Kuhns stepped up to mentor the new co-hosts for our November Rally, Jim & Peggy Meadows and Debbie & Joe Clough. As an incentive, I whipped up a custom mirror cover in appreciation for the Palmers, who hosted both rallies this year. 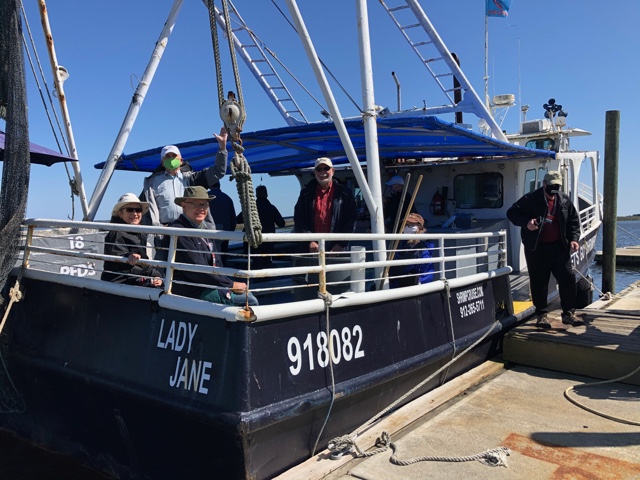 The highlight of the rally was our excursion on the “Lady Jane Shrimp Boat,” an educational vessel that operates in the waterways promoting conservation and wildlife protection. As we wrapped up our rally, Barbara had one of her fabulous breakfast casseroles leftover so in the spirit of generosity, we began the bidding. The casserole sold for $160, which was donated to the Bread of the Mighty Food Bank in Gainesville, Florida and consumed by those who were the last to leave on Monday.

We have some exciting things planned for the spring of 2022, including a Boondockers Rally in April. Attendees will learn how to manage their coaches in Boondocking locations with no electricity and water! We also have some great entertainment planned, so check the Kountry Klub website for details. Space will be limited so sign up early!

Stay connected with your fellow Florida Manatees on Facebook.