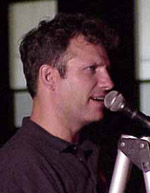 An award winning, professional entertainer, singer-keyboardist, one man band, Rick masterfully blends comedy and music with audience participation presenting a powerful performance that is uplifting, motivational, and just plain FUN. Labeled “The Ultimate Icebreaker,” Rick has been described as “having the magic of totally engaging any audience.” He uses retro Motown classics, 50’s-60’s-70’s hit standards, customized songs, and/or original songs the perfect amount of audience participation.

Rick has earned numerous awards including Best Small Concert, Best Male Performer, and Best Solo Performer by CAT magazine and NACA’s Family and Children’s Program of the Year. Rick has a Bachelor of Music Education degree from the University of Michigan.

Ricks’ original compositions have been heard on Showtimes’ hit series, “Red Shoe Diaries”, heard throughout the world. He has recorded eight independently released CDs and composed the soundtracks of numerous documentary and short subject films.

Rick has played over 4,000 concert events across the United States for a wide variety of audiences from ages 2 to 92 and this vast experience has given him the unique ability to spontaneously customize every performance to fit any and every age group, theme or need.

In 2006, in a response to hurricane Katrina ravaged New Orleans, Rick started a 501-c-3 Non profit Corp called, “Music With A Message For Kids, Inc.” where he is currently the Director and one of the main working performers and has provided over 300 programs to kids in need in eight different states. Rick is also a children’s book author who released his first book in 2015 called “Sharing Sharon” and will release his 2nd book soon called “I Read About It In A Book.” 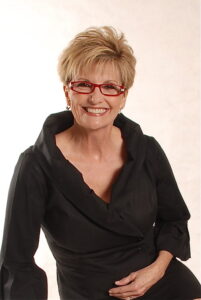 Tuesday evening we will be entertained by LaDonna Gatlin. LaDonna has been WOWING audiences since she was five years old. Born into “showbiz,” LaDonna grew up onstage performing with her brothers, the legendary Gatlin Brothers. But in the mid 1970’s, this gutsy Texas native chose to follow her heart and “sing a different song” apart from her famous family. LaDonna has shared that “song” everywhere…from corporate powerhouses…to the prison cells of death row. Her presentations resonate with audiences all over the country because, simply put, she makes people laugh, lightens their load, and leaves them with a song in their hearts. AND…they always learn something in the process. LaDonna is one of only a handful of professional speakers who holds both the Certified Speaking Professional designation and the CPAE Speaker Hall of Fame Award, two of the most prestigious honors bestowed by the National Speakers Association. She’s written and recorded her own original songs and sung on both Grammy Award-winning and Dove Award-winning records. She’s the author of The Song in You: Finding your Voice, Redefining Your Life, a you-can-do-it guide that offers practical, emotional, and spiritual insights gleaned from her own life experiences. In addition, she’s a contributing writer to the bestselling book series, Chicken Soup for the Soul. Married to her best friend for over 40 years, they live in a suburb of Dallas Texas. They have 2 adult children and 7 grandchildren.